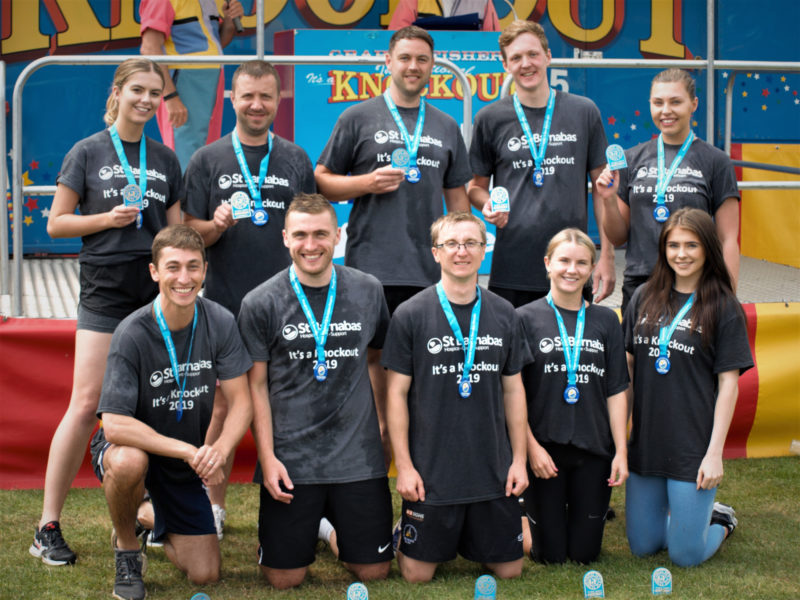 Forrester Boyd recently took part in ‘It’s a Knockout’ ’ competition at Washingborough on Sunday 7 July to raise money for St Barnabas Hospice. Our team were delighted to raise over £800 with thanks to friends and colleagues for their support.

For those who grew up in the 70’s and 80’s, a family favourite on TV was ‘It’s a Knockout’. The show normally comprised of people dressed in crazy foam suits and competing in some rather messy games. Fortunately for the team from Forrester Boyd, no silly foam suits were required, however there were still the messy games.

St Barnabas Hospice hosted their annual ‘It’s a Knockout’ competition at Washingborough on Sunday 7 July. The annual fundraiser aims to raise money for St Barnabas Hospice. Our team were delighted to raise over £800 with thanks to friends and colleagues for their support.

The organisers had put together some tough and interesting challenges. Water seemed to be a prominent feature of the challenges and it’s fair to say, everyone got a good soaking. These sort of events provide a great opportunity for building teamwork, which was crucial given that all ten team members were involved in every challenge. The Forrester Boyd team were extremely competitive not just with other teams but with each other which proved to give them a competitive edge and was a key factor in them ending as winners.

The team we had one of the firms’ latest recruits Georgina Capes who was pleased to take part “It was great event to be a part of and a fantastic way to get to know my new work colleagues”. Partner Phil George, the team captain commented, “It’s always a pleasure to support local charities such as St Barnabas, winning was an added bonus. I am just relieved I didn’t let the team down at any stage. I’m sure I wouldn’t of been allowed to forget it if I had”. Phoebe Cranmer, trainee accountant said, “I loved it from start to finish. It was a great opportunity to work alongside colleagues from other departments and offices that I don’t often get chance to work with”

Forrester Boyd will definitely back next year to defend the trophy! 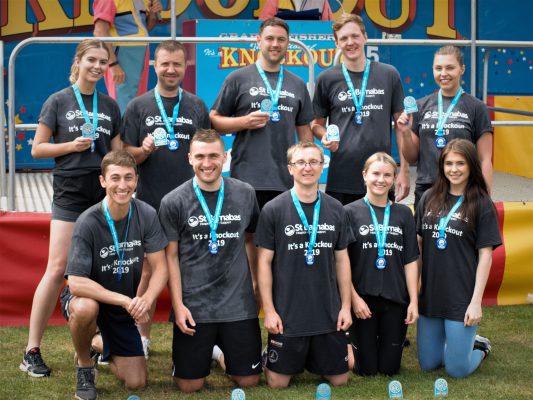